A shoulder injury and ruptured Achilles tendon didn’t stop Nick from achieving his 12WBT goals – he simply bought a wheelchair and carried on with his training. Nick is proof that exercising with an injury is about focusing on what you can do and not what you can’t.

When 41-year-old Nick attended a 12 Week Body Transformation Finale Party with his wife Kasandra, he instantly understood why she’d managed to lose 16kg on the program. “It engages people so well,” he says. “It’s really good to help people set goals and be accountable for themselves, and it’s very realistic and sustainable as well. I saw a lot of value in that.”

So when his wife decided that for her second 12WBT she’d sign up for Lean & Strong (Advanced) – 12WBT’s Exercise Plan focused on muscle and strength building – Nick didn’t hesitate to join her. Although he didn’t have much weight to lose, he was keen to kick his fitness level up a notch. “I wanted to put on some muscle and burn off some fat,” he explains.

Nick already ate well and exercised regularly, so he didn’t have to perform a major overhaul of his lifestyle. “I was pretty active before the program and I’d lost about 30kg in the previous three years,” he says. “I already had my weights set up at home, so I was using those and going for runs. I was building up towards training for the 12K Fun Run in Adelaide in September.”

While it might sound like Nick had it easy compared to other 12WBTers, there was no predicting the series of setbacks that would soon threaten to derail his fitness goals.

“I went well in the first few weeks of the Round, but halfway through I injured my shoulder, so I had to pull back on the upper-body training for a couple of weeks,” says Nick. “Then, a couple of weeks later, I blew my Achilles.”

A ruptured Achilles is seriously debilitating, it leaves you unable to weight bear on the injured leg for several months. The largest tendon in the body, the Achilles sits at the back of the heel and joins the calf muscles of the lower leg to the heel bone. The tendon plays a central role in the lower leg’s movement, allowing the mucles to bend and also to stabilise the ankle. It also helps you maintain balance while walking, running and jumping which means it is key to exercise.

A ruptured Achilles usually requires surgery and wearing a plaster or walking boot and on average it takes three to six months to fully rehabilitate. In other words, It is the kind of injury that would lead most people to retire to the couch – but not Nick.

“I soon realised I wasn’t going to be able to do the fun runs I had planned for the next three weekends, so I threw myself right back into whatever weight training I could do. I had all the gear at home – a home gym set, a bench and a recumbent bike.”

One foot? No problem! “I started off on the bike, but because I was in a half-cast, I couldn’t use the right foot at all,” says Nick. “So I started pedalling with one foot, and a couple of weeks later I was able to rest my other foot on the pedal and ride more comfortably.”

And this committed 12WBTer didn’t stop there – determined to stay mobile during his rehab, he bought himself a wheelchair. “It’s easy to sit on in the kitchen so I can do food preparation,” he explains. “Also, we can take it out shopping so I can spin myself around the shopping centres. I’ve even taken it down to the Esplanade by the beach and done a few 5km rolls, which is a killer workout for the shoulders and arms.”

The Power of JFDI (Just Frickin’ Doing It)

So what made Nick persist when so many of us would have given up? “There was that moment when I thought I could go that way, but then I thought, ‘Nah, I’m JFDI now, I’ve come this far and it’s the only way for me.’”

He also cites the encouragement of fellow 12WBTers as a major source of inspiration to stick with the program. “I found that being on the Facebook page and Member Zone added so much more support,” says Nick. “There were people supporting me and I was able to support other people as well, and that really helped me stay focused on my goals.”

Nick’s hard work certainly paid off. Despite his injuries, he lost 5.4kg and added lean muscle to his frame during the Round. His determination was recognised when he was nominated in the Lean & Strong Category of the Top 10 Top Transformation Awards for Round 1, 2013 of the 12 Week Body Transformation.

And even though it might be a couple more months before he can use his foot again, Nick intends to stick to his 12WBT Exercise Plan and healthy diet until then. “I’ve got to get some pectorals now,” he laughs. “I didn’t quite get the pecs I wanted because of the shoulder injury, so now I want to try to bulk up a bit of muscle.”

2. I’m pretty good at cycling with one foot – it’s amazing what you can do when you put your mind to it.

3. I wear my JFDI bracelet and can JFDI with the best of them!

When Nick met Michelle at the 2013 12WBT Finale Party, Melbourne.

There’s never a perfect time to take control of your health. It is about making it a priority. Register your interest in the next 12 Week Body Transformation Round and commit to changing your life for good. 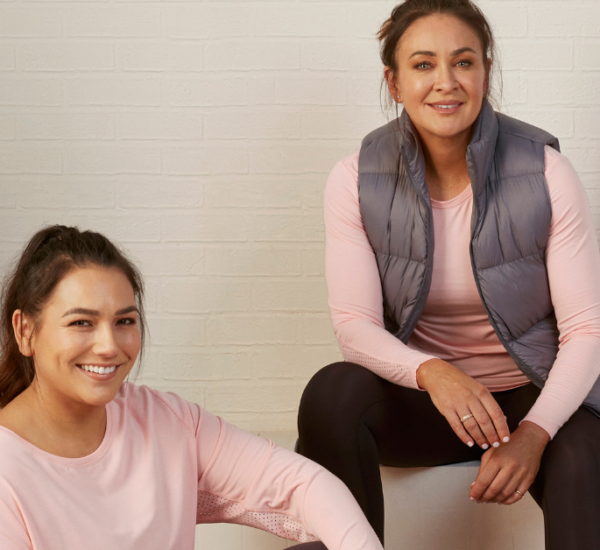